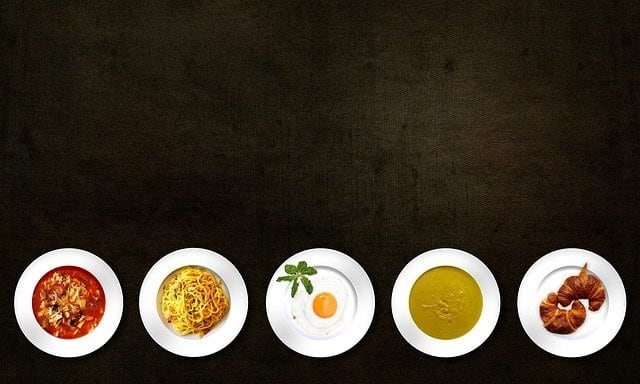 Potatoes make you fat, raw vegetables are the healthiest and fresh bread causes stomach ache. There are some nutritional misconceptions. Read the long-running rumors of the kitchen here

What a slander! Compared to other classic side dishes, the potato is even a particularly figure-friendly alternative. The potato brings just 105 calories to the plate per ready-to-eat portion (150 grams).

Rice, on the other hand, has around 170 calories and the same amount of pasta has around 225 calories. However, caution is advised when it comes to french fries: The potato sticks, fried in fat, contain approx.  370 calories per serving – and without mayonnaise!

This thesis is based on the actual logical assumption that salt binds to water, thereby increasing blood volume and raising blood pressure. And indeed, rats in the laboratory reacted to salted food with an increase in blood pressure. But if you were to convert the dose administered in animal experiments to humans, you would get around a pound of salt per day. We are currently at an average of eight grams.

In addition, the influence of salt consumption on the level of blood pressure in humans has only been proven in exceptional cases and then only to a very small extent. Most of us can therefore pour a pinch of salt over our breakfast egg with a clear conscience.

As is so often the case, Paracelsus’ sentence applies: “The dose makes the poison”. Anyone who takes vitamin supplements without a doctor’s recommendation and in uncontrolled quantities can, in the worst case, damage their own health.

In the event of an overdose, for example, vitamin C can lead to severe diarrhea and vitamin B6 to neurological disorders. Vitamin A (contained in abundance in pork and beef liver) can damage the fetus in the womb even with a small overdose. In several studies, its precursor beta-carotene was even suspected of increasing the risk of lung cancer in smokers in isolated form and in high doses.

But don’t be afraid of crunchy carrots: The risk of overdosing normally only exists with highly concentrated food supplements. And these are actually superfluous for healthy people, provided that you regularly consume fresh fruit and vegetables, whole grain and dairy products, as well as some meat and fish.

4) Spinach is the top supplier of iron

The rumor still lingers that spinach has a sensationally high iron content. But this assumption is based on a misunderstanding: The Swiss physiologist Gustav von Bunge determined an iron content of 35 milligrams per 100 grams in dried Spinach.

Later this value was simply transferred to fresh spinach, which, however, consists of 90 percent water. One would have had to divide the iron content proven by Bunge by ten and thus arrive at a value of 3.5 milligrams iron per 100 grams, which is more average for vegetables. It should also be noted that vegetable iron is more poorly utilized by the body than that from animal foods.

Those who eat enough during the day and still regularly enjoy a sumptuous dinner or a bag of chips in front of the television indulge, you have to reckon with love handles. But only because the total number of calories consumed during the day is too high. It alone determines whether you gain or lose weight or keep your weight constant.

Of course you can save calories with dinner canceling. But this also works if you skip breakfast or lunch. The bottom line is that it doesn’t matter whether you “fill up” your workload in the morning, at noon or in the evening.

This is probably an “educational rumor” from before the affluent society. So that the old loaf of bread was eaten before the new one was cut, the children were persuaded that the deliciously fragrant, fresh bread caused a bad stomach ache.

Today everyone knows from their own experience that you can also eat crispy baguettes without painful consequences. Only insensitive people can very fresh bread in large quantities lead to flatulence.

Another common misconception: the darker the color, the healthier the bread. Often the flour is only colored with dark malt to give the loaves a certain wholemeal appeal. But only when it is explicitly labeled “Whole Grain” is whole grain in it. 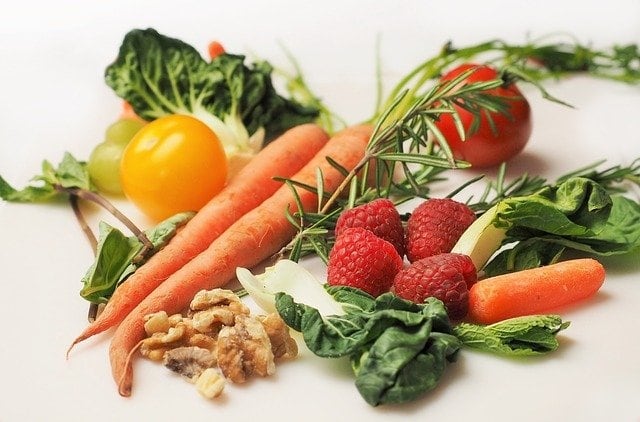 7) Raw foods are the healthiest

The content of heat-sensitive vitamins such as B1, B6, folic acid or vitamin C is sometimes greatly reduced when cooking for a long time. That is why it makes perfect sense to eat fresh, raw fruits and vegetables on a regular basis.

But there are also healthy substances, such as carotenoids from carrots and tomatoes, which are made particularly useful for the body by heating.

Some foods such as rice, potatoes, and legumes are completely inedible raw, others, such as B. Grains are difficult to digest. Eggs, meat, and fish can contain germs that are harmful to health and which are killed when they are cooked. The healthiest alternative is a balanced mix of raw and cooked food.

Cholesterol is an important building block in the body. The heart and brain are largely made up of this fat-like substance. That is why it is produced by the body itself in amounts of 1000 to 1500 milligrams per day. An additional 100 to 300 milligrams per day are absorbed through food.

A chicken egg contains an impressive 200 milligrams of cholesterol (by the way, a tablespoon of butter only contains a ridiculous 24 mg), but only 30 to 60 percent of this is absorbed by the body. The maximum intake from food is 500 milligrams per day.

The body reacts to this by adapting its own synthesis of cholesterol intake. Numerous studies seem to confirm that this regulation works so well that the cholesterol level in the blood remains more or less constant – no matter how much we ingest with food.

9) Brown eggs are healthier than white ones

Like the hen, like the egg: The color of the shell depends solely on the breed, so a brown chicken is a brown egg. At first, it says nothing about the quality of the eggs.

In the past, there actually was a tendency for white chickens to be kept in laying batteries, while browns were allowed to grow up as organic chickens. But this rule of thumb cannot be relied on. Fortunately, detailed information, including the origin of the egg, has to be on the packaging these days.

10) Pineapple is a natural fat burner

The protein – The splitting enzyme “bromelain” contained in the fruit is said to have a fat-burning effect. One question would be what protein breakdown has to do with fat loss. But it is unnecessary because enzymes are completely broken down by the stomach acid anyway and thus lose the splitting effect. But fresh pineapple is definitely a burner in terms of taste!

What to Pack in Your Child’s Suitcase for Holiday Travel

Instructions for Mucking Out and Tidying up