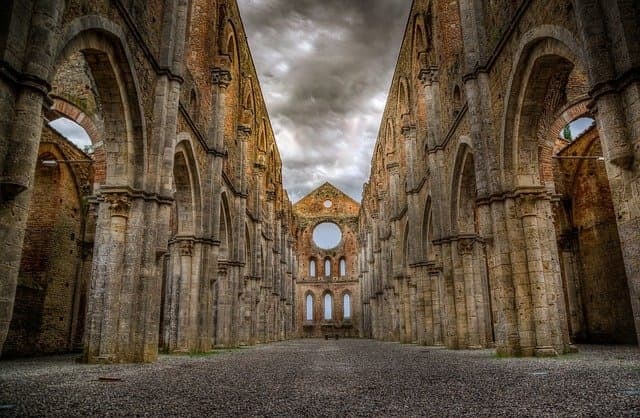 An Ancient Roman hotel has been discovered by archaeologists in Bankside, Southwark. This find is dated to about 25 years after the Romans founded the city of Londinium – our London today. Thought to be for the Roman elite, this ancient building has four sizable rooms and exquisite decoration within; a lucky find on the development site for a new, mixed-use block in Southwark.

It is thought that this Ancient Roman hotel contains a courtyard, surrounded by formal gardens. Inside the hotel, there is evidence of intricate wall plaster, painted with delicate artwork of flowers. There are even mosaic and terrazzo style floors. Clearly, this was a well-decorated and well-maintained hotel. Perhaps, a hotel used for imperial personnel; a reasonable implication, as phallic-shaped pendants have also been found here, symbolic of the Roman military garrisons.

In modern terms, we could even describe this building as an AirBnB! As the Romans enjoyed hotels in London, we continue to do so today. Aldgate is a great location for a hotel, and a place we’d highly recommend you visit in your search for sites of historical significance.

This find isn’t quite so surprising, however. Southwark is an area rich in archaeological value, as evidenced by the Crossbones Graveyard in Redcross Way. This is one of the most prominent (and tragic) historical sites in South London.

For centuries, the Crossbones Graveyard existed as an unconsecrated burial ground for paupers belonging to The Mint – one of the poorest and most violent slums of the time in London.

Other finds from the Roman site include jewelry, pottery, coins, oyster shells and copper bowls. A more comforting discovery is that of a gaming counter, seemingly lost between a gap in the floor and wall long ago. It’s nice to know that, even with so many years between us, we still share frustrations with our historic predecessors.

MOLA Senior Project Manager Derek Seeley said: “The quality of materials found at this site suggests that this building was occupied by only high-ranking members of society. It is rare that we are able to investigate such a large area in central London. It provides a fascinating window into the living conditions and lifestyle of elites residing in Roman Britain.”

This isn’t the first time this building was excavated. The northern part of the building was previously excavated in the 1980s, interpreted then as an upper class motel where high-ranking officials could rest during their long travels. This may have well been the building’s function, supported by recent findings although the possibility that it was a wealthy residence still stands. The structure, after archaeological remains were analysed, had several different periods of occupation over its 150-year lifespan.

The new Liberty of Southwark, the current site in development where these findings were uncovered, will provide 36 new homes along with 200,000 sq ft of commercial space. New pedestrian routes will also be created, reinstating some of the medieval yards and lanes much-loved by historic Southwark.

Ideal Jobs for Busy Moms while Sitting at Home

How to Turn the Mini Job Into a Career Springboard!