Blockchain technology is poised to transform digital businesses in storing and managing assets. It will impact all types of industries, be it finance, retail, transportation, and more.

How blockchain can impact digital business simply put, blockchain is a distributed and secured storage that is distributed over a network and is therefore secure.

Blockchain technology is one of the most talked about technologies these days that is making its way into a digital business. It has the potential to transform the digital industry in the way data is stored and managed.

Simply put, blockchain is distributed, secured storage spread across a network. This storage is open source and peer-to-peer (P2P) and is not controlled by a central authority but is transparent to the masses.

Once stored, data cannot be erased and is virtually immutable. In other words, it’s like a ledger with records arranged in stacks known as blocks, using cryptographic connections to verify each other. Each block uses a hash function to identify and reference the previous block. The confidence in this technology is based on the cooperation of the masses.

So, blockchain technology is poised to transform digital business on the asset storage and management side. It will affect all kinds of industries, be it finance, retail, transportation, etc.

Why blockchain is so popular

Blockchain is on everyone’s lips these days. But it wasn’t until Bitcoin made its way into alternative finance markets in 2009 that everyone took notice. Bitcoin has become immensely popular as a cryptocurrency, and lately, people have viewed the underlying technology, the blockchain, as a disruptor in the digital business world.

One of the first reasons it is so popular is that it is a secure form of transferring value and information. Therefore, it works as a secure payment option that cannot be tampered with. Blockchain technology also eliminates the need for a middleman as the user can interact directly with the ledger.

In addition, the cost of transferring value or money is almost zero by using blockchain technology, thus reducing the cost of cross-border transactions as well.

Essentially, blockchain is a distributed database. Put simply, it can be thought of as a giant spreadsheet running on millions of computers around the world. Also, it’s open source and the underlying code can be modified, so it’s transparent. Because it is a peer-to-peer system, it does not require intermediaries to process transactions.

Using state-of-the-art cryptography, payment protocols can be automated that are irreversible and tamper-proof. However, payments are just one aspect of the bigger picture that blockchain seems to offer. In fact, it can be used to record any kind of structured information, such as a global marriage registry or who owns a particular piece of land.

So blockchain will not only help with financial transactions but is an immutable and unhackable database of digital assets that are distributed by nature.

How blockchain can disrupt digital assets

Blockchain holds immense potential, enough to transform the way we manage digital assets. Considering the capabilities that this technology possesses, it can disrupt the process by which financial transactions are conducted.

For example, it can replace traditional banks and financial institutions with P2P systems working in the back office. Bitcoin has also been a big topic of conversation and is likely to gain even more value in the near future.

Blockchain will also pave the way for “ smart contracts ”, like a financial form of security held in a network of trusts and computer code that is routed to recipients depending on future events. And not only contracts but also titles, deeds, and other important documents can be shared in a public ledger.

Read Also: Business and Marketing: What Awaits Us in 2023

When it comes to innovation, be it a new game or music, it can be used to record and establish that a person had ownership of the intellectual property first. Even votes cast during an election can be recorded using blockchain technology. 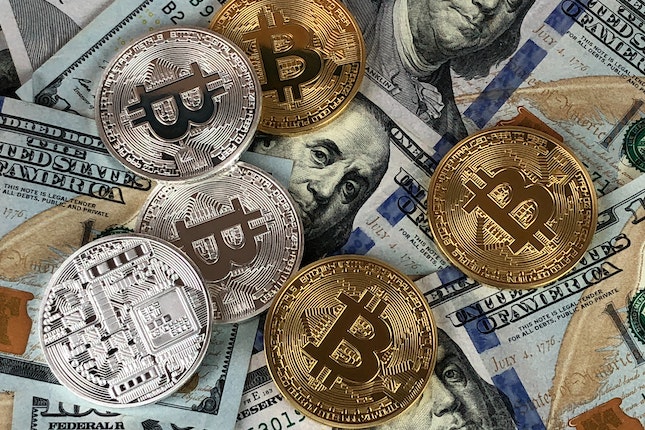 What are the advantages of blockchain technology?

The benefits of blockchain technology are numerous. The process does not involve humans in the pipeline of transactions, nor does it use paper processes. This allows a massive amount of transactions that could take weeks or even months to be automatically validated. Even complicated transactions that require human intervention can be simplified by using blockchain.

According to Forbes, the popularity of blockchain is mainly due to the following reasons:

The decentralization of technology is also very beneficial.

Some real-world use cases

Blockchain is already used by many institutions and serves various purposes. Deutsche Bank has revealed that it is exploring the use of blockchain in payments and fiat currency settlement, brokerage, and derivative contracts. The same applies to regulatory reporting and asset registers. This happens in their innovation labs in Berlin, London, and Silicon Valley.

DBS Bank, in partnership with Coin Republic (a Bitcoin company based in Singapore) and startup Bootcamp FinTech, organized a blockchain hackathon in May 2015 to explore possible uses of the technology in the financial sector.

It is also suspected that the US Federal Reserve wants to develop a new digital payment system based on blockchain technology in cooperation with IBM. Likewise, Banco Santander (the first UK bank to adopt blockchain technology). She even owns a team, Crypto 2.0, researching the use of blockchain in banking.

Citibank also has various systems within Citi that use blockchain technologies. She has developed something called Citicoin to better understand digital trading systems.

NASDAQ also announced that it had successfully conducted and recorded a private securities transaction using Linq, its blockchain ledger technology. This case was the first of its kind to use blockchain technology.

What is the future of this technology?

Considering the great hype surrounding blockchain technology, it will surely continue to improve and evolve in the near future.

Blockchain was pioneered by Ethereum, a public blockchain and cryptocurrency platform that offers the possibility of smart contracts. It is likely that Ethereum will dominate the industry in the near future. It is also believed that smart contracts will be the future of the blockchain, so it will be explored in more detail.

Blockchain technology is evolving at a rapid pace and has enormous potential to completely change the face of the digital economy in the near future.

Startups and fintech are investing heavily in blockchain technology as they see the future it holds. Their possible applications are very diverse, ranging from financial transactions to digital storage and commerce to intellectual property.

Considering that transparency and security are two major benefits of this technology, it will only be a matter of time before people and governments alike realize the benefits blockchain promises to bring.

Trade Shows, the Best Way to Get Your Products Out to the Market

10 Tips to Get You Motivated for the Beginning of New...

With The Pandemic “Far From Over”, Here’s How to Build a...