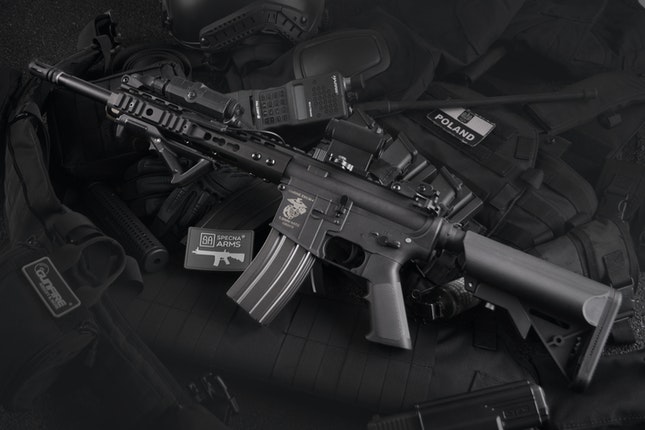 The question of whether or not guns belong in private hands is one of the most discussed. According to experts, there are around a billion small arms around the world. Of these, a staggering 85% are with private owners, while only 13% are with the military and around 2% with law enforcement agencies. It is well known that there is an extremely high level of gun ownership and use in the United States, where guns can be bought quickly and easily by almost anyone. But other countries also have a very high percentage of firearms per capita. Which countries these are we present to you in our ranking.

The front runner and number 1 on our top 10 list is the USA. This shouldn’t be a real surprise, as the country is known worldwide for its light gun laws and the strong gun lobby. According to estimates, there are 97 firearms for every 100 inhabitants. A clear record, which is reflected in the prevailing armed violence.

A multi-front war has been raging in Yemen since 2015. Accordingly, the estimated maximum number of firearms per 100 inhabitants is one of the highest in the world. For every 100 inhabitants, there are an unbelievable 90 firearms. Gun death rates are particularly high in Yemen and reflect the use and number of guns available.

Finland’s high firearms rate can be explained by the hunting tradition of Scandinavia and the associated use of hunting weapons. Moose hunting in particular is a factor in the fact that rifles and other shooting equipment are used officially and unofficially.

3rd place on our top 10 list should be a little surprise. The estimated maximum number of firearms per 100 inhabitants in Switzerland is 61. An extremely high number for a comparatively small and demonstrably safe country. A weapons register is sometimes missing. The rate of gun suicides is therefore alarmingly high.

50 firearms per 100 inhabitants – this is the result of the crisis in Iraq, where armed violence is the order of the day. Not only are armed fighters armed here, the civilian population often has firearms in the house as well.

Even decades after the civil war, the entire Balkans has a significantly increased occurrence of firearms. In particular, the proportion of illegally owned firearms is alarmingly high here. A total of 49 firearms per 100 inhabitants come together here and ensure a high level of criminal energy, which repeatedly brings new unrest to the country.

According to official statistics, there are 34 firearms per 100 inhabitants in France. Quite a high number for a country with a very strict gun law. Nevertheless, firearms can also be found here both in private households and in numerous associations, putting France in 7th place on our top 10 list.

The eighth-place also goes to a country where animal hunting is still widespread. Most of Canada’s firearms are also in the hands of hunters and rangers. The firearms are also used here to defend against wild animals such as bears or wolves. There are around 40 firearms for every 100 inhabitants.

Nordic countries are regularly included in the statistics on gun ownership. Most firearms are used here as hunting weapons or used by sport shooters. Current licenses are only issued in connection with membership in a shooting sports association. The estimated number of firearms per 100 inhabitants is 38.

In Germany, the National Arms Register watches over the official and approved firearms in private hands. Hunting weapons and firearms in training centers and shooting clubs account for the largest proportion of registered weapons. Around 5.3 million reported firearms are in use in Germany. However, a maximum of 36 firearms per 100 inhabitants is estimated per capita, although illegal firearms are also counted here.

Still Renting Your House/Apartment? Why It’s Time to Become a Homeowner

Simple Ways To Add More Value To Your Home