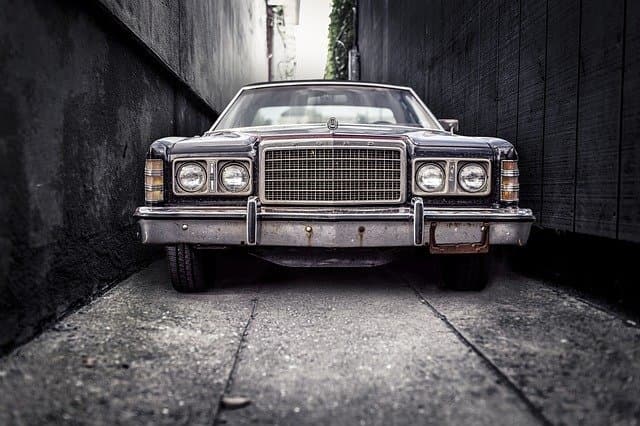 Traditional brushless and slotless motors have their own strengths and weaknesses in terms of performance. When choosing one of these systems, however, it is not a question of which engine is better. It’s all about which motor is best for the application in question.

When a smooth and precise mechanical system is required, these are often compact, high torque motors. For example, think of electro-optical / infrared (EO / IR) systems. In such systems, the stability, responsiveness and accuracy of movement of the platform are essential in order to track objects even under adverse conditions such as uneven ground, air turbulence, vibrations and other impacts.

Mechanical aspects and environmental influences (such as torque ripple or forces that act on the system in mobile applications) can interrupt the feedback from the optical or infrared sensor. In this case, additional software is required for image stabilization and smoothing. In a smooth and stable mechanical system, the image can be mechanically stabilized by compensating for environmental influences. This saves computing power that would otherwise be required for image stabilization.

Since it is possible to compensate for cogging torque and torque ripple through the motor design and the control system, the torque density is to be prioritized in an EO / IR system. Conventional motors have a higher torque density than slotless motors. In systems with a low speed (<1,000 rpm) such as EO / IR systems, they have a higher peak and sustained torque and therefore a greater speed of reaction.

Read Also: Buying Tyres Online: Is It a Good Idea?

What role do cogging torque and torque ripple play?

To understand the difference between traditional and slotless motors, one needs to consider not only cogging torque and torque ripple, but also their role in EO / IR systems.

In conventional motors, cogging torque occurs in the de-energized state when the attraction between the permanent magnets on the rotor and the teeth of the stator lamination causes a jerky movement during rotation. This is not the case with slotless motors because the teeth on the stator are missing and the magnets during the be attracted to the sheet metal throughout the entire rotation.

Torque ripple occurs in both conventional and slotless motors when energized. This is due to the deviations in the electromagnetic fields in the interaction between rotor and stator. Although the cogging torque can be reduced in slotless motors, the torque ripple is always present and can only be compensated for by an encoder system with high resolution and highly developed control algorithms. You can find out more about this in our blog post “ Cogging Torque and Torque Ripple: What You Need to Know About It ”.

For low speed applications such as B. EO / IR systems, the cogging torque for servomotors is usually not the decisive factor. The elimination of the cogging torque can also have an impact on the torque ripple, but what matters most is the behavior of the motor when it is energized. And since torque ripple occurs in all motors (including slotless motors), the advantages of conventional motors should be taken into account when making the selection. Torque density is the most important factor when choosing a motor for EO / IR applications.

The trend is towards slotless motors

Unlike conventional motors, slotless motors have no teeth on the stator lamina, which is why conventional motors are sometimes referred to as slotted motors. The windings are not supported by teeth, but instead the stator sheet consists of steel rings that are layered on top of one another with copper coils and then encapsulated. As a result, the coils are located in the gap between the stator lamination and the rotor magnets.

The large air gap between the rotor and stator limits the torque that the motor can generate. With a smaller air gap (smaller distance between magnet and stator), more torque can be generated. Halving the distance quadruples the torque. Slotless motors reduce this distance as much as possible in order to get the maximum torque out. However, if the air gap is too small, a new problem arises. Many manufacturers close the gap with ever-larger magnets. But this increases the costs. Conventional brushless motors can generate more torque without pushing the limits (and costs) of manufacturing.

As you can imagine, there are several advantages to having the windings encapsulated in the stator lamination in slotless motors. As already mentioned, they have no cogging torque. With no teeth in the sheet metal that act on the rotor magnet, the motor runs smoothly. The resulting torque is predictable and can be regulated to a high degree, as it depends directly on the current flow in the windings. Slotless motors have low core loss at high speeds (generally not found in EO / IR applications) and are effective in low weight, low torque, and stable conditions applications. They are less effective in EO / IR applications with high dynamics.

Although there is no cogging torque in slotless motors due to the missing teeth in the sheet metal, torque ripple still occurs. Since the motor only generates torque when power is applied, there are only minimal advantages due to the lack of cogging torque. Sensitive precision applications such as EO / IR still require an encoder system to eliminate torque ripple.

Conventional motors with toothed sheets are also called grooved motors. Their grooved steel sheets are put together with copper windings inserted into the grooves. The part of the stator that is closest to the rotor is called the “tooth”. It focuses the electromagnetic flux on the rotor magnets and therefore concentrates the energy better than with slotless designs.

Conventional high-pole motors pose some challenges. They tend to be less efficient and have less torque at high speeds. However, the biggest problem with conventional motors is the cogging torque. As already mentioned, the cogging torque has less relevance than the torque density in applications with low speed and high torque.

Conventional motors have higher torque density, efficiency and output power. They are best suited for low speed systems such as EO / IR applications with high dynamics. Their manufacturability is also very good. We were able to minimize cogging torque in conventional motors. For example, choosing the right slot-pole combination can greatly reduce the cogging torque. Other aspects also play a role:

The effects of the cogging torque can also be reduced with various other design options and measures. They may reduce engine performance, but are not required in every system design:

When smooth running, high acceleration, and high torque are required, conventional brushless motors are still the first choice. When the load is low, a slotless motor may be a good alternative. However, its performance range is not sufficient for dynamic applications with higher torque. Low-speed, high torque EO / IR systems must have a higher torque density for smoother running and stability. In this way, environmental influences can be compensated mechanically. This saves computing power that would otherwise be required for image stabilization. Conventional brushless motors can have a higher peak torque, while slotless motors are less effective in this medium to high torque applications.

Minding Your Golf Cart in 2022

Simple Ways To Add More Value To Your Home

The 3 Best Ways To Take On A Growth Mindset For...

Communication With PI Attorneys: Effective Ways To Do It

How To Be Happy: 5 Offbeat Tips