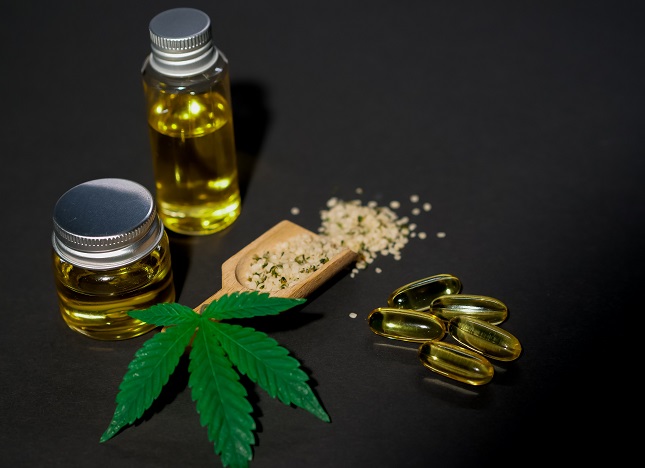 Cannabinoids are defined as naturally occurring compounds found in the plant cannabis sativa. There are more than 120 known cannabinoids, with the most well-known being THC (delta-9-tetrahydrocannabinol). However, THC is psychoactive, meaning it can make you high. CBD and CBG are non-psychoactive, making them ideal for medicinal purposes. Comparing CBD vs CBG reveals many similarities and differences between the two, but what exactly does each acronym mean?

What does CBD mean?

CBD stands for Cannabidiol. Discovered in 1940, it is the most abundant cannabinoid found in the cannabis plant. It is non-psychoactive and has a wide variety of medicinal purposes. Research has shown that CBD can be used to threat chronic pain and digestive conditions, such as irritable bowel syndrome (IBS) and Crohn’s Disease. It can also be used to treat neurodegenerative conditions like Alzheimer’s and Parkinson’s diseases, autoimmune conditions like multiple sclerosis and psychiatric disorders such as schizophrenia. CBD also has potential therapeutic benefits, making it ideal as a sedative.

What does CBG mean?

CBG stands for Cannabigerol. It was discovered more recently than CBD, and therefore research is quite limited. However, research conducted on CBG has found many medicinal benefits, which may be able to improve conditions such as Inflammatory Bowel Disease (IBD), Glaucoma, Huntington’s disease, bladder dysfunctions and bacterial infections. CBG is not as prevalent as CBD, and therefore more research is needed to confirm its effectiveness.

Read Also: Self-Care: How to Give Your Mental Health a Boost

Early research appears to show that CBG can be as effective as CBD and can offer many of the same medicinal benefits. However, the big difference between the two is that CBG is a lot rarer than CBD. While CBD is one of the most prevalent cannabinoids found on the cannabis plant, CBG is only found in the blooming phase of the plant. Due to the short blooming window, it is a lot more difficult to find CBG products compared to CBD. Harvesting CBG is also a lot costlier, and for most companies is ultimately not profitable.

There are multiples ways in which organisations are attempting to produce more CBG. One method is to produce cannabinoids in a lab, rather than harvest them from plant matter. Furthermore, if you are looking for CBD products for vaping, check Delta 8 wholesale.

Ultimately, while research on the recently discovered CBG is still ongoing, early reports suggest that it can be as effective as CBD in helping with various ailments and strengthening a person’s wellbeing. However, the rarity of CBG and the cost of harvesting it means it may not appear in the majority of cannabinoid products for some time. With cutting-edge extraction methods and lab-grown cannabinoids becoming increasingly popular, CBG could eventually become as prevalent as CBD.

7 Steps to Get Your Home Ready for Holiday Season

15 Sites Where You Can Find Free Stock Photos

Amount of Sugar in Food and Alternative Methods of Intake

Who Is Charlie Blythe? How a TikTok User Become A Celebrity

6 Worst Products You Should Never Add to Your Coffee