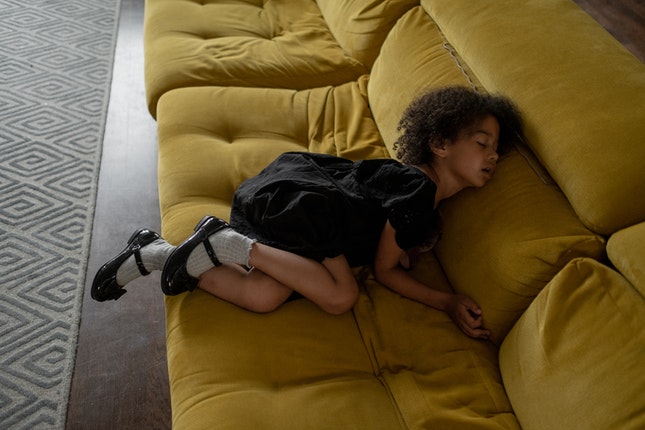 Sufficient and restful sleep is an essential basis for the development and health of children and adolescents. Nevertheless, many children and young people do not get enough sleep, the Children’s Health Foundation complains in a recent statement.

They fall asleep poorly, wake up often or too early at night, feel weak in the morning rather than refreshed, and start the new day grumpy and tired. According to current studies, every eighth 12 to 17 year old suffers from a chronic lack of sleep. Good sleep is also unfairly distributed: girls are more often affected by sleep deprivation than boys.

The need for sleep in adolescents decreases with age reports to the Children’s Health Foundation. While children at the age of 3 or 4 still sleep around 11.5 hours, the nightly sleep duration is reduced to around 10.5 hours by the time they start school. Children of primary school age still sleep about 9.5 hours. However, young people also need an average of around 9 hours of sleep. Many young people and their parents are often unaware of this. Only at the age of 17 to 18 does the need for sleep level off at 7 to 8 hours a day.

In order to determine a child’s actual need for sleep, it helps to keep a sleep diary for two weeks during the school holidays, recommends the Children’s Health Foundation. You write down exactly when the child goes to bed and when it wakes up by itself in the morning. This shows how much sleep it really takes to be well-rested.

“If children or young people don’t get enough sleep, there are many effects on health, performance, and well-being,” says Professor Dr. Berthold Koletzko, Chairman of the Children’s Health Foundation: ” The lack of sleep leads to sleepiness during the day, impairs the ability to concentrate and memory and often results in poorer school performance. Too little sleep also makes some children nervous or even aggressive ”.

A lack of sleep at a young age can also have long-term consequences, reports the Children’s Health Foundation: Growth hormone, which is needed for bone growth, is produced during sleep. As a result, some children who constantly sleep too little or poorly may not later reach the height they would have if they had had enough sleep.

A particularly serious consequence of sleep disorders has only come into the focus of science in recent years, namely the influence of sleep on body weight. Professor Berthold Koletzko reports: “Several studies have shown that insufficient sleep duration is associated with an increased incidence of overweight and obesity in children. Longer sleep duration may be a helpful factor in normalizing body weight.”

Sleep Risk: Excessive Use of Mobile and Gadgets

The Children’s Health Foundation complains that televisions, mobile phones, and smartphones accompany many young people to bed and prevent them from sleeping. The consequences are easy to imagine: as a study by the University of Koblenz-Landau in Landau in the Palatinate showed, young people who were woken up at night by their smartphone, either intentionally or unintentionally, were more often tired during the day and tended to nod off in class.

The results of the Landau study agree with the data that was determined in the German Trainee Health Study (DAG) published in 2015 with over 13,000 trainees between the ages of 16 and 25. This study also found that adolescents with high media consumption are less rested and productive, are absent from school and work more often, suffer from sleep disorders more often and have lower well-being. They also exercise less, drink more caffeinated beverages, and are sleepless and worse.

Another study by Californian scientists showed that the mere presence of a “small screen” near the bed of young people, such as a smartphone or tablet PC, reduces sleep time by 20.6 minutes. One of the reasons for the devices’ sleep-killing effect is apparently the blue light from their LED screens. Bright light inhibits the production of melatonin, the hormone that controls the internal clock makes you tired, and promotes sleep.

The LED screens found in most digital media contain higher levels of blue light. As a result, looking at screens in the evening and at night leads to later falling asleep and a slowing down of the internal clock and thus to increased tiredness the next morning– with corresponding consequences for performance at school and at work.

However, restful sleep makes you smarter: During the night’s rest, the brain organizes the learning experiences of the day and works on problem-solving. Lack of sleep, on the other hand, leads to memory gaps, reduces daytime work performance by 25 percent, and, by damaging the immune system, makes people more susceptible to illness.

A recently published study by Dutch scientists at Leiden University, for which 1,400 students were interviewed, provided confirmation. It revealed chronic sleep deprivation in every third student. These students were more likely to have trouble concentrating and did worse on exams than their well-rested peers.

In order to reduce harmful media consumption among young people, the use of smartphones should be regulated as clearly as possible, recommends the Children’s Health Foundation. An important starting point for more performance and better well-being is the renunciation of digital media in the last two to three hours before going to sleep and even more so at night.

Ten tips for a healthy sleep 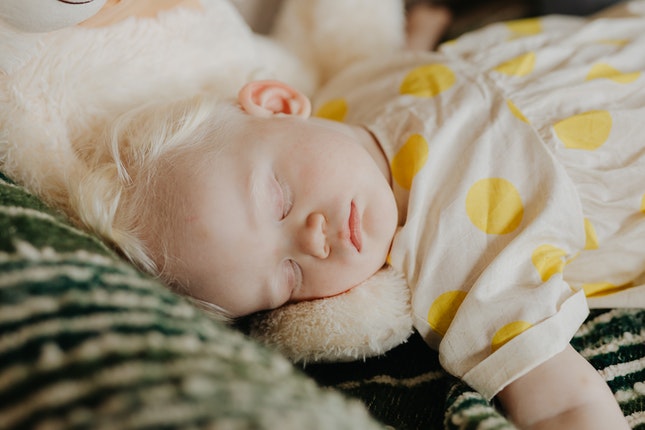 The German Society for Child and Adolescent Medicine DGKJ has created the following list for promoting sleep in primary school children for their parent’s information:

What to Pack in Your Child’s Suitcase for Holiday Travel

Bonding with Your Baby After Birth

Eat the Rich Meaning & How Its Evolved