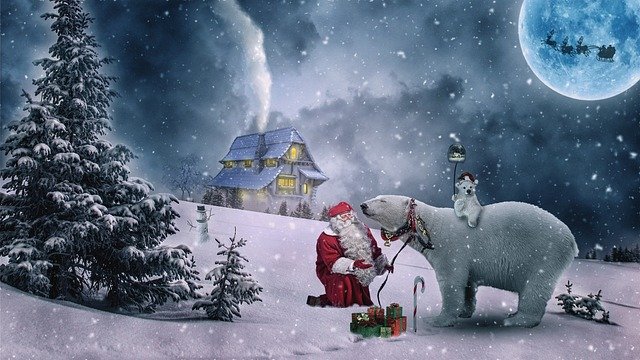 Santa Claus is a fictional character belonging to the traditions of the end of the year celebrations. Each end of December, he is eagerly awaited by millions of children around the world, hoping that he will bring them his precious gifts.

But where does this paunchy old man with the white beard, the scarlet suit, and the cheerful face come from?

After Thanksgiving and Halloween and a few weeks before Christmas, let’s discover the story of Santa Claus together!

What are the origins of Santa Claus?

The Father Christmas would come from the legend of Saint-Nicolas (Nicolas de Myre or Nicolas de Bari), a monk born in 270 after JC, in Patara in Lycia (current Turkey). The rich parents of Nicolas die of an epidemic while the latter is still young. He then decides to use his inheritance to help people in need as well as the sick, by offering them gifts or food.

In particular, he allegedly gave money to three poor young girls so that they did not have to prostitute themselves in order to live. It is said that on several occasions he threw sacks of gold out of the window of the house where they lived. They would have landed not far from the fire, on the shoes which were drying.

Recognized for his piety, his great kindness, and his benevolence, Nicolas becomes the bishop of Myra. Over the years, his reputation as a particularly good and generous man helping the poor, the suffering and children, grew throughout the country and spread throughout Europe.

He died on December 6, AD 343. The day before, the children secretly received gifts in his honor. It is in particular for this reason that many countries of Europe distribute the gifts on this date.

Since 1087, the majority of the bones of Saint Nicholas have been found in Bari in Italy, in a cathedral that bears his name and built in his honor.

Saint Nicholas appears as the protector of children, but also of sailors. Legend has it that he indeed helped a group of sailors stuck in a severe storm off the coast of Turkey.

In the Middle Ages, devotion to Nicholas spread to all parts of Europe.

In the 16th century, the Protestant Reformation banning the worship of Catholic saints suppresses the feast of Saint Nicolas. The day of presents is then moved to December 24 and 25. However, the legend of Saint Nicholas persists among some peoples, notably in Holland, where he is referred to as Sinterklaas (Saint Nicholas in Dutch).

How did Saint Nicholas become our modern Father Christmas?

In the 17th century, when they emigrated to the United States, the Dutch took this part of their culture with them, continuing to meet to honor the anniversary of the death of Saint Nicholas. Sinterklaas then turns into “Santa Claus”.

Towards the end of the 18th century, it entered popular American culture, particularly in New York City. This one is often represented with a fireplace in the background, from which hang stockings overflowing with toys and sweets. The gift distribution date is changed from December 6 to the night of December 24.

In 1823, Professor Clement Clarke Moore wrote a Christmas poem for his children, called “The night before Christmas” or “A Visit from St. Nicholas”. It is published anonymously in the daily Troy Sentinel.

Saint Nicholas is described there as a cheerful old man with a stout figure, a large white beard, like a “jovial old elf” driving a sleigh full of toys and pulled by eight reindeer. He goes down into the fireplace, filled the socks with toys, and then climbs back up to leave with his crew.

This text marks the debut of the modern character of Santa Claus!

In 1881, cartoonist and illustrator Thomas Nast took inspiration from Moore’s character to draw Santa Claus. A round man with a big white beard and a bag full of gifts for good children. It is published in the New York newspaper Harper’s Illustrated Weekly.

It is therefore in the 19th century that the image of Santa Claus is fixed in the United States, the latter thus becoming the symbol of the holiday of Christmas gifts.

In France, Saint Nicolas has already been celebrated for a long time. Santa Claus made his entry into France in the 1950s, after World War II. It comes straight from the United States and is not necessarily well received at first, especially by religious authorities. Eventually, the hearts of the children prevail and the tradition ends up being adopted.

Since then, this character has been widely popularized through literature and cinema in particular. For all children and many “older children”, he remains an important figure, a symbol of the joy and magic of Christmas.

What does the daily life of Santa Claus look like?

It is said that Santa Claus lives in the North Pole (or in Lapland for some) with his wife, Mrs. Claus. All year round he is busy making toys with the help of his elves. He also receives letters from children who order him.

How Tall is Santa Claus?

If we are pondering the question about how tall is Santa Claus. Then most Santas are naturally very tall. So hight , standing at around 6’ 6’’.

Then, on Christmas Eve, he loads his sleigh with toys. It is pulled by eight reindeer and stops in all the houses to go through the fireplace and place the gifts in the socks or at the foot of the tree. Usually, children leave a glass of milk and cookies with Santa Claus so that he can drink and eat before resuming his long tour.

Is Santa Claus red really due to the Coca-Cola publicity stunt? 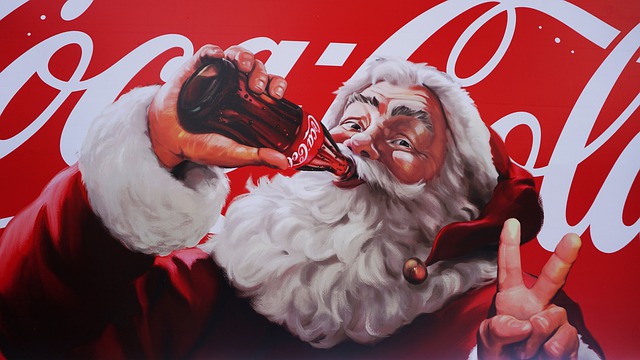 From 1931, The Coca-Cola Company decided to launch an advertising campaign using the image of Santa Claus. Illustrator Haddon Sundblum is responsible for drawing the “Coke Santa”. Under his pencil, the features of a plump man come to life with a white beard, a red suit, a black belt, black boots, and a red cap. It is largely inspired by the drawings of Thomas Nast. Success is at the rendezvous.

Some say that it was Coca-Cola who would have given this red color to Santa Claus, who would have worn a green costume before. Well, this is wrong! Saint Nicholas has always been represented, so to speak, with a large red jacket. In some images, it can be green or even blue, but it’s much rarer. Coca-Cola ads, on the other hand, have made a huge contribution to promoting modern Santa Claus around the world.

6 Types of People Who Have a Negative Influence on You!

Armenian Flag & What it Represents

Here is How Jason Momoa Stays in Shape